4 pm – Volunteers needed to help with set up

Normally Bob Babbitt is interviewing the biggest names in endurance sports for TCSD, but for this meeting Bob will be going through the history of triathlon in his ‘Never a Bad Day’ presentation. Bob is an inductee into both the Ironman Hall of Fame and the USA Triathlon Hall a Fame, the Co-Founder of Competitor Magazine and the Co-Founder of the Challenged Athletes Foundation. His presentation starts with the first ever Ironman on the island of Oahu in 1978 when there were only 15 starters and 12 finishers, moves on to Bob’s first Ironman in 1980, the third edition of the event, when the Ironman had grown to 108 participants. In this photo of him with his very aerodynamic beard, he has finished the swim and is about to get on the bike that he bought at a police auction for only $75 because the back end had been burned in a fire. The bike had a Radio Shack radio bungie corded to the handlebars, a fuzzy raccoon seat cover, flat proof tires since he couldn’t change a flat and panniers, sleeping bag and a tent since he thought you swam 2.4 miles and rode 56 miles day one, camped out, and then rode 56 miles and ran a marathon on day two. Finishing the Ironman that day changed the direction of his life forever and it led to the creation of Competitor Magazine, Competitor and now Babbittville Radio, the Muddy Buddy Ride and Run Series and of course the creation of the Challenged Athletes Foundation. 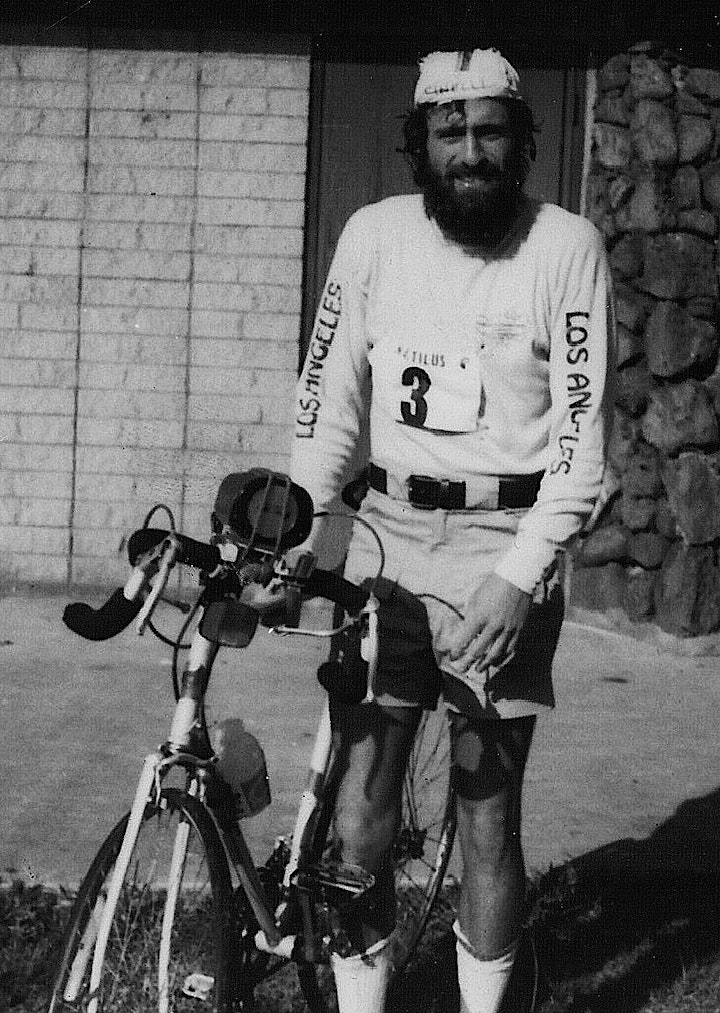